View basket “News From England Edition No.1 & No.2” has been added to your basket. 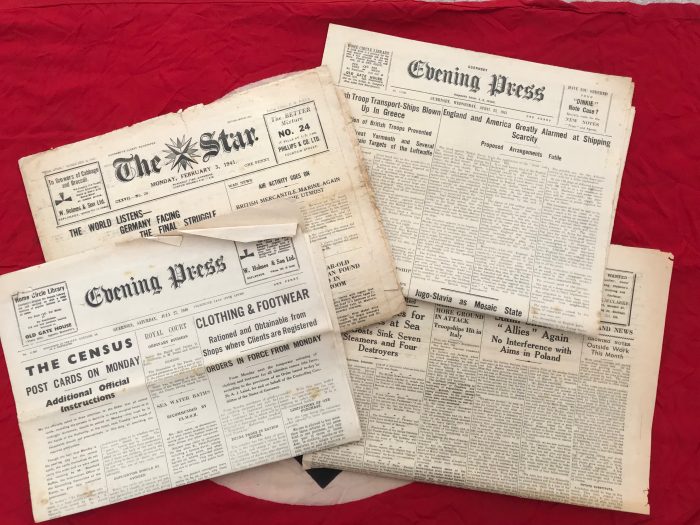 Collection of 4 Guernsey newspapers from the occupation

Collection of 4 Guernsey newspapers from the time of the occupation. 3 are from 1940 and 1941 and generally regarded as more interesting as a result with 1 from 1944 when conditions had deteriorated considerably for islanders

The 4 newspapers are as follows:

Interesting historical items from the only part of the British Isles to be occupied by the Germans during World War 2. They give an insight into the news available at the time and life on the Island.

Articles include: Today’s lesson in German (which was often cut out of the paper at the time) no.233 (23/04/1941) and no.171 (3/02/1941). A notice to growers of potatoes and the requirement to grow as many as possible in 1941, an order for the temporary rationing of clothing and footwear, various notices regarding an emergency census, illegal ownership of a States Dairy can and war news together with items for sale and wanted 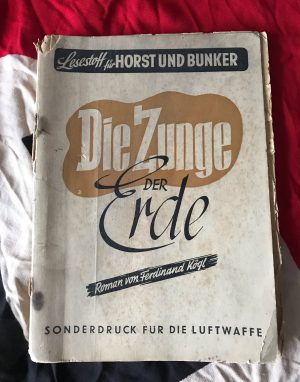 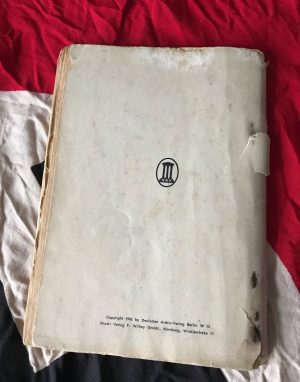 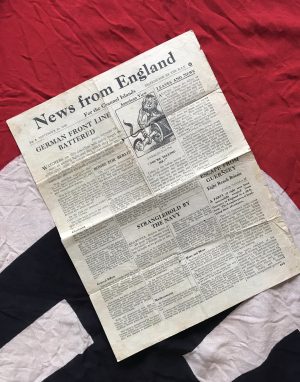 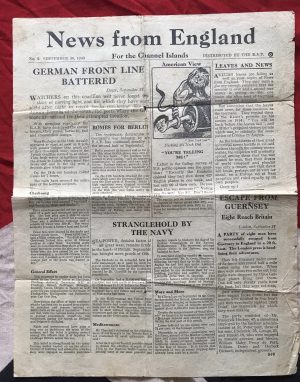 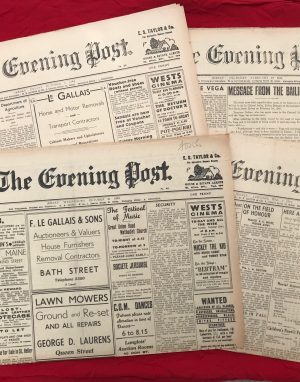 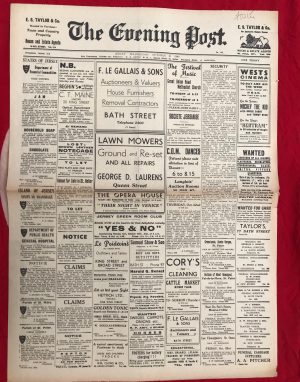 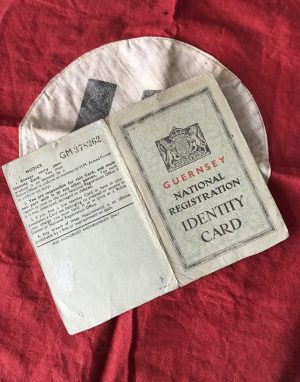 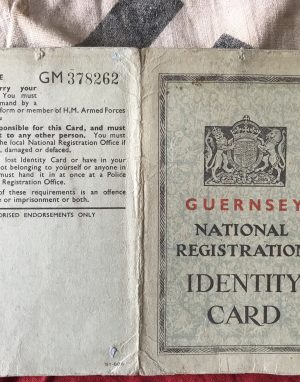